Microsoft Releases a Patch, Ends Up Breaking The Start Menu

Microsoft Releases a Patch, Ends up Breaking The Start Menu 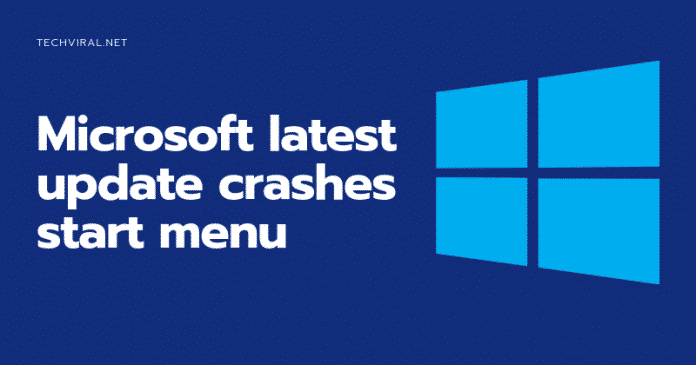 The patch, KB4515384, rolled out on Tuesday, September 10 due to this SearchUI.exe crashed and ended up putting pressure on processors and has wholly broken search feature in Windows 10.

A Reddit user said that he is getting an error message which says “Your Start menu isn’t working. We’ll try to fix it the next time you sign in.” Although, this issue has come under the notice of Microsoft and they are working on the issue.

Another report says that there is an issue with the audio as well. The audio is either missing from games or reduced.

This year Microsoft released more bugs than patches, causing a lot of trouble to windows users and giving them a solid reason to stop windows update service immediately after installing a clean copy of windows.

If you are confused about which bug to choose, I would recommend you to go with the broken SearchUI.exe rather than stressing the CPU with the Cortona bug. If the update is not much important for you, go the settings and uninstall the recent updates.